The 5 deadly sins of crappy push-ups

A technically sound push-up is a thing of beauty. Unfortunately, push-ups are rarely performed with the integrity they deserve. I compare it to the same level of skill and strength needed to do a perfect strict pull-up. Just because we move to the ground instead of the pull-up bar doesn’t make it ok to flub your way through push-ups.

We want your push-ups to be a thing of beauty! And no matter where you are starting, there is a way for you to get there 😉

If you truly want to get better at this fundamental body-weight exercise and finally increase that upper body strength, avoid committing these 5 sins!

#1 – Knee Push-Ups
The knee push-up is common practice as a quick substitution when the standard movement isn’t developed yet. This is a mistake.

The knee push-up tends to over-extend the low back and put undue pressure on the shoulders. 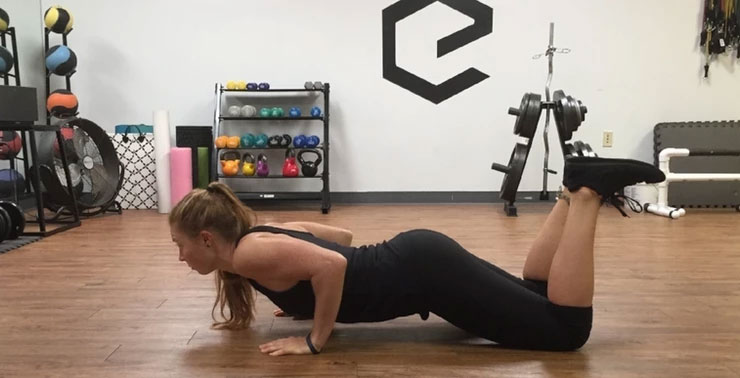 A standard push-up requires a great amount of control over the core (everything between shoulders and hamstrings), including control over the position of the pelvis/low back. The knee push-up encourages an unwanted pelvic tilt and makes it difficult to displace the right amount of tension throughout the entire body. It often puts more pressure on the anterior (front) shoulder as well.

Improve your push-up game by inclining your body to an angle that allows you to mimic the full plank position needed for a good push-up. The best way to do this is to set up a barbell on a pull-up rig/squat rack. Start high and, as you get stronger, move the bar closer to the ground.

#2 – Wide Hands
I’m not sure why this one is a natural go-to for many, but setting your hands in a position way outside the width of the shoulders is another mistake. A general rule for most pressing exercises is to “stack” your joints. This means that your wrist and elbow would be in line at the bottom of the press and the shoulder joint would join the party during the lockout portion. External rotation is always stronger than internal. 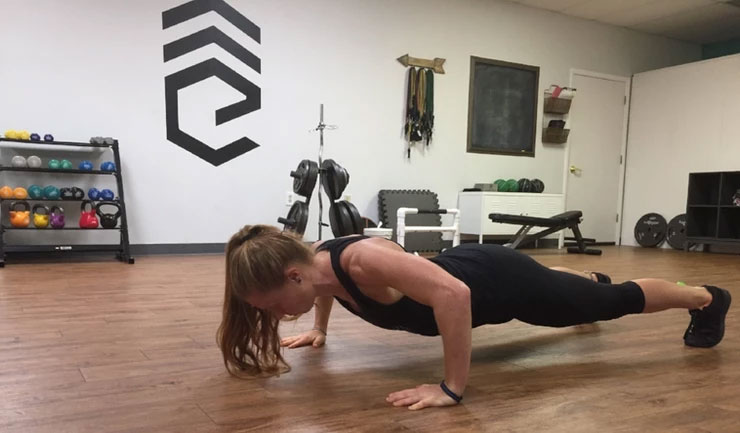 Setting the hands excessively wide creates a leaning tower of instability, resulting in lots of pressure at the shoulder and less of a supporting role in your upper back and triceps. Move those hands to just barely outside of shoulder-width to achieve better external rotation at the shoulder, leading to more powerful movement.

#3 – The Worm
We’ve all been there at some point. You’re getting deep into a set of push-ups or a metcon and you get a little lazy. Instead of your body moving up and down as a straight line, it goes something like hips down – chest down – feet rock off the ground – chest peels up – hips come up. You’ve become a spineless worm. No bueno.

Hips collapse, core bracing is lost. Don’t do the worm! 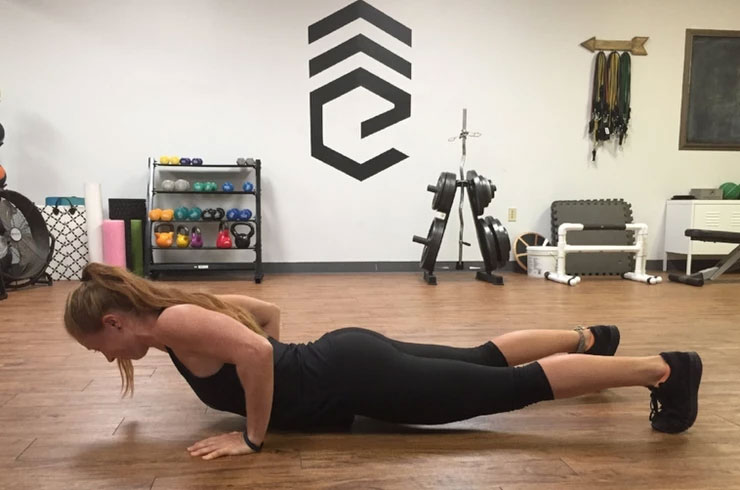 Focus on not allowing your hips to collapse. During a push-up, you want to keep your core braced the entire time. This allows you to lower your body to the ground in once piece by using your arms. Dropping the hips first remove your ability to use the upper body correctly, thus leaving you no stronger than when you started.

#4 – The Hip Hinge Fake-Out
You may have tricked your workout partners, but you ain’t fooling this guy. Your entire body, from back of the head to your shins, should move down and up at about the same rate in the push-up. 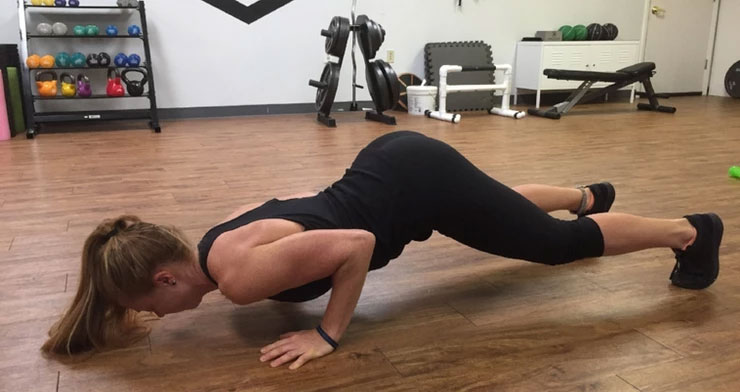 Yet, I still see this error all the time. Sorry ladies, but you are the biggest offenders on this one. Allow me to paint a picture. The arms and elbows get pinned to your sides and everything looks almost right in the setup. But then! The elbows start to bend and I notice that your legs/hips don’t get any lower to the ground. In fact, the hips might actually rise.

We have now created a hinge at the hip and have locked all the weight in your lower body into place. It’s the closest thing to a real push-up, but still phony.

#5- The Head Bob
Push-ups start with the arms, not the neck. This may be the most egregious of all the sins. Rather than lower your body and trusting your arm strength, the head bob happens by straining your neck towards the ground and barely bending your elbows. 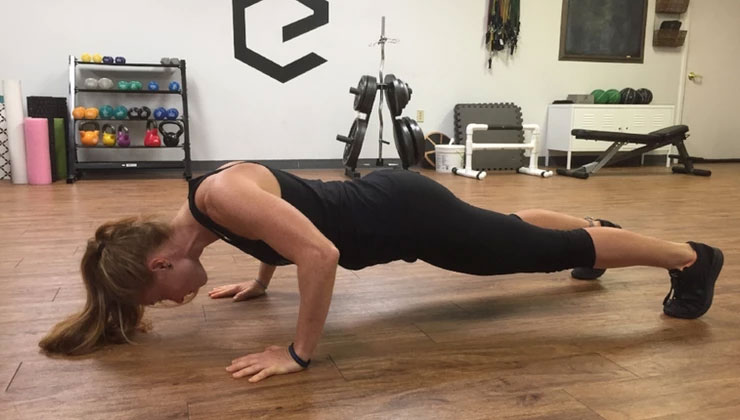 The neck push-up is a terrible sin! This is a strength issue or, at the very least, a lack of trust in your strength. Work on doing some negatives by starting in full lockout and slowly lowering yourself all the way down to the ground. Keep your head and neck neutral and don’t worry about pressing back up into the push-up just yet. This will be good practice to ditch the head bob.

Absolve Your Sins
Hopefully, you’ve identified your sins and can absolve yourself of crappy push-ups forever! When it comes down to it, just take the time to do push-ups correctly. If strict push-ups aren’t there yet, get working on the incline variation and progress your way toward the ground eventually. It’ll be worth it!